You have to watch yourself now with songs, especially if you are an exceptionally gifted song writer and harmonica player like myself.

The Hackbridge Musical Sex God
When playing Sufolk side Needham Market a couple of seasons ago I along with a number of others on the Bog End were in the middle of a tuneful song about pig molesters when one of our stewards asked if "Pig Molesting" was a racist term. I was slighty worried about this as being a true snowflake lefty wefty and asked around the more politically knowledgeable on the Bog End for their views...To be accused of racism, sexism or animalism  when discussing the habits of people living outside London is something we must all be aware of in this day and age. I don't want readers thinking I spend my weekends defending statues around Westminster while wearing Stone Island in case the streets are filled with anarchic farmers hell bent on destroying London or more importantly the area around Hackbridge.I along with Tim Magone have worked out scientifically that people born and raised outside Zone 5 on the tube map are most likely to dance around may polls or chase cheese down steep hills as opposed to someone born in Lambeth, who finds it a little bit daft. League rivals Chipstead spend their pre season worshipping various Pagan gods and burning a 50ft Wicker man in the club car park. South Park club officals dress in animal skins and chase virgins around the town square at midnight before their first home game of the season. I will never truly understand those country types from the countryside and their strange rusic ways. I got worried the other day watching half naked people in Mitcham dancing around a fire, but it turned out to be local youths off their heads on cheap cider and glue watching a burning moped, not some satanic ceremony to welcome the second wave of Covid 19.
The pre season game against Carshalton brought up the subject of "Pig molesting, Morris dancers" again as we visted the Robins and their "country ways" Lets hope that one day soon we will visit the straw munching six fingered bumpkins of Sutton United for a game, until then, I'm more than happy to carry on singing songs about Morris Dancing and bestiality to our rivals outside Zone 5 on the TFL Oyster card map and will continue to do so.... 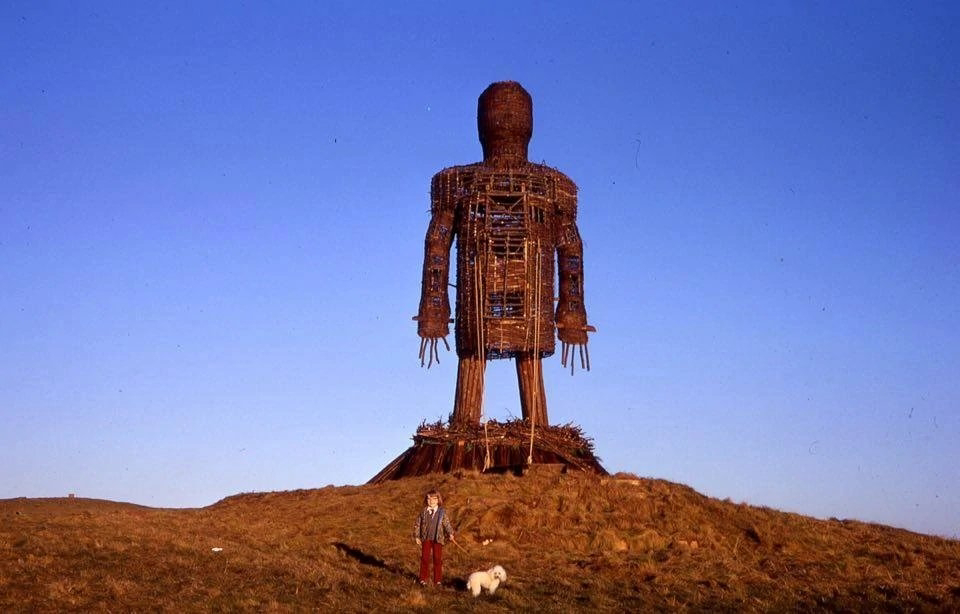 So the first league game of the season against Hertford, land of the broken lawn mowers if their pitch was anything to go by last year. Well as it was pointed out by Millwall Will we carried on our 100% start to the season by losing again, this time 2-1. The team looked as if they were trying to work out how to play as a unit instead of as a group of individuals. Very disappointing as it was in front of a 315 crowd on a lovely sunny day. Good to see Tom Jelley back in stripes and glad he was involved in our goal putting the ball into the penalty area for Jake Rose to head in.
Had a good chat with Lee and Jamie from St Matthews Project which didn't end up as a 90min old man rant about everything and anything going on at the moment in this green and pleasant land. Hopefully we'll put that right by the end of the season. Really pleased that the links between TMUFC and St Matthews have grown. They do so much work looking out for and helping young people in South London.
www.thesmp.net
www.facebook.com/St-Matthews-Project
Twitter : @smpbrixton
Well a big shout out to those brave men and women in the blue hi-vis jackets and the stewards who help get this game and the game against Fisher sorted due to the new Covid rules. Still a learning curve behind the scenes but things seem to be going well. Good also to see all the new faces turn up to watch the mighty Toots, fingers crossed they will have something to cheer shortly.
Don't forget to check out those cheeky chaps from South London is Black and White on Twitter and Instagram
@TaM_BaW
@southlondonisblackandwhite
They have bought two season tickets for this season to be used by people wanting to see the mighty Toots.... Please check their excellent blogs for more details.
Warren from SLIBAW also does the Match Day programme now and a very good job he does of it as well. 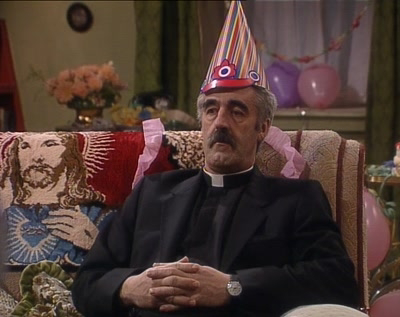 Yes I know people are a bit down and waiting for the first win, but we certainly have good players in the squad, just need them to gel a bit better.....
Up The Terrors.
Posted by Hackbridge Harry at 5:53 AM 3 comments:

There's only one F in Fisher

Well I knew it would go pear shapped after spending days, weeks and months waiting for and looking forward to the start of compeditive football, on the morning of the game I dropped a heavy extension lead onto my foot hurting my poor old big toe thus ruining the good happy mood I was in, turning it into an impending sense of doom and gloom. As I hobbled of to Fortress Imperial for the FA Cup game with Fisher FC and their noisy away following I was concerned that our visitors from SE London would be up for the game more than us and in truth even though we went ahead twice, Fisher battled on drawing level and then deservedly winning the tie on penalties. Daryl Coleman came close to hitting me full in the face with his attempt that sailed over the crossbar like a cannon shot fired at the battle of Waterloo. Not a good way to start the season with a game like this. I love the cup and now the chance to progress into the later rounds has gone I'm rather glum with the pain in my toe hurting as much as my broken heart.... The plus side is that being as superstious as I am, I'd have to drop an extension lead on my toe every week before going to games if we had won.... Every cloud... 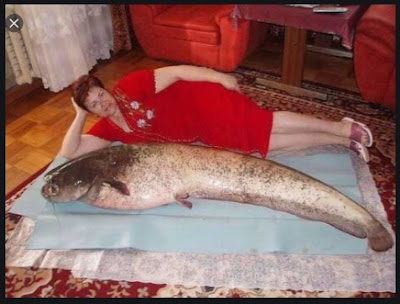 There's Only One F in Fisher
Still good to get back to see the Terrors and meet up with the Bog End faithfull, many I've not seen for a while. Even though the result and in truth the game are best forgotten being back watching football has been a welcome distraction to everything else that seems to be going on in the world at the moment. Mrs H no doubt is a lot happier knowing that she will get so well deserved peace and quiet from myself and Bog End Ant on Saturdays from now on. 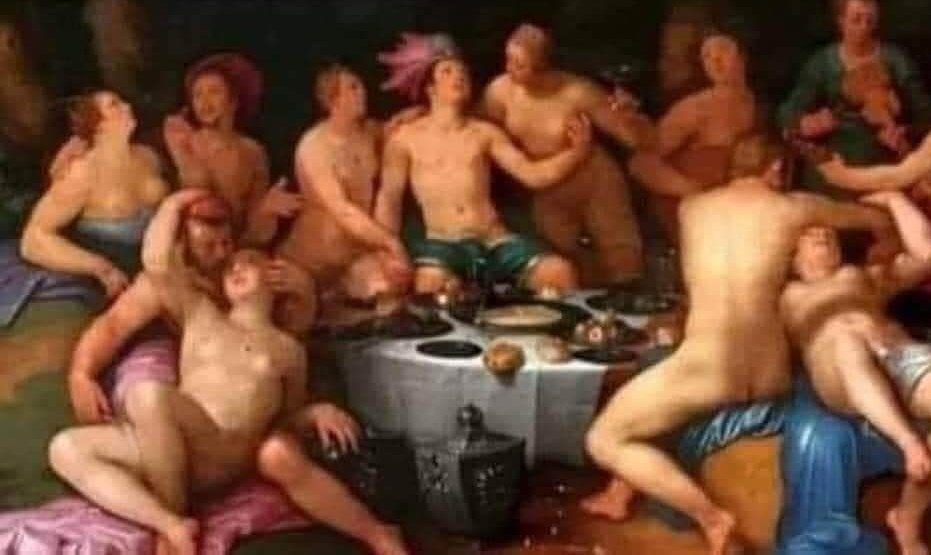 The Bog End are back together at last...
The Pre Season was a bit hit and miss.... well more miss in truth but we often do better during the season after a slow Pre Season so fingers crossed for the coming year and please keep fingers and toes ( maybe not toes) crossed that Covid 19 does not hit hard and put a stop to things again, always make sure you wear a mask and other PPE items when out and about like these two Sutton United fans spotted on Manor Park earlier on Saturday morning. 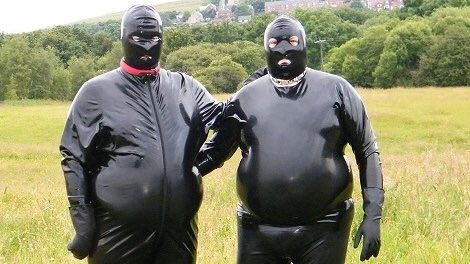 So now we can concentrate on the league.... And all the other cup compitions we may or not be in this year as I'm not sure what is happening to be honest. Just remember Wembley is over rated and expensive and you get better chips at Hanwell anyway so maybe Fisher did us a favour...
South London Is Black And White
Up The Terrors
Posted by Hackbridge Harry at 5:21 AM No comments: