Well it seems like ages since I last put pen to paper or in this case finger to keyboard, but here we are again. One big happy group of Terrors because Football is back at Fortress Imperial and at long last as we get a chance to finish of this seasons London Senior Cup. "The greatest Cup Competition in The World..." What ever happened to him? 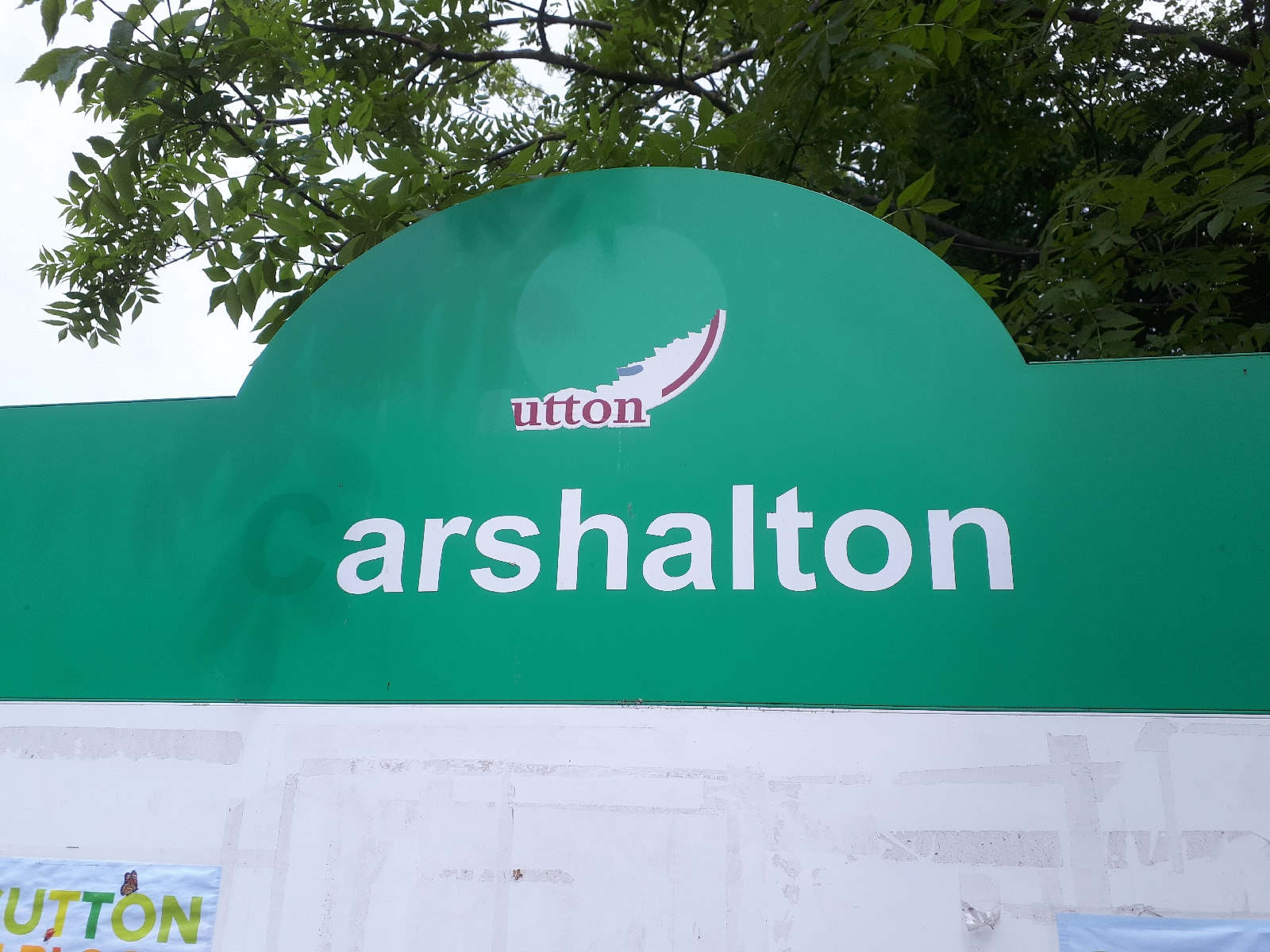 A crowd of over 400 for a London Senior Cup game is impressive. On a Tuesday night we rarely used to get over 60 for these games. Yes, several Sutton, Carshalton, Dulwich and supporters of other clubs boosted the numbers, but we should all still be very happy to see that we are now getting more and more interest in our fixtures. The more that come the more will tell their friends and family, the chance to see live Football without taking out a mortgage and the chance to stand on terraces with friends and family can't be underestimated. You could bankrupt yourself buying tickets for Chelsea and still not be sitting with people you know. The price to get into Premiership and Championship games really take the micky. I think a lot of people will realise that being skint because of Football is totally stupid when there are affordable football clubs nearby to go and watch. Great to see Besty, Mrs Besty and Rowan Besty at the game and good to see the other families that came along to see The Terrors, turning the back of the stand into a nursery for the second half. I’ll be very happy if the Tooting and Mumchums" return to see us again and great to know that we are now attracting Families of all ages though the turnstiles. I've said before and will happily say it again that the change in the atmosphere in the ground and the more positive vibe about the place is very welcome. Take care with behaviour though. We have what can be best described as quite a vocal crowd, good humoured and loyal but please bear in mind that the old days of ranting a raving from a few could have a very negative effect on things. It has taken a long time and a lot of hard work behind the scenes to get build the profile of the club and it wouldn't take too much to undo the good work put in by some many of the people who have put so much effort into changing things. As for the game... Well we beat Erith 2-1 with a last-minute own goal, but a win is a win no matter how it comes and everyone there could leave the ground after a good afternoon’s entertainment. Yet another penalty miss but at least unlike Daryl Colemans against Fisher it didn't nearly hit me full in the face. If hadn't been for my Cat like agility and Ninja reflexes my Boy Band Career could have been ruined by our Captain along with my front teeth and nose... I tend to groan not cheer when we get spot kicks now, it would be nice to score one or two next season chaps. Good to see Nic Taylor back at Fortress Imperial. An Ex Terror who is a larger than life character, good bloke and a great goalie. During a supporter’s v Players game one year he jumped over into the crowd and picked up Bog End Ant and sticking him in goal while he ran up the pitch for a corner. Ant was only about 5 or 6 then and he was so chuffed when it happened. I however shat myself and was trying to think of excuses to tell Mrs H if Ant got injured by a two footed challenge or an elbow in the face. It's things like that happening at games and at Non-League level that make everything so much better than the Premiership, Championship or whatever Super Dooper European League some nutcase thinks up. Arsenal should think about entering the Eurovision Song Contest next year as it might be one way of getting back in Europe for more of those Glorious European matches all Gooners live for.. Even with their piss poor record in all of the European cups and competitions over the years I doubt if even they could end up with "Nil Poi"... Mind you.... 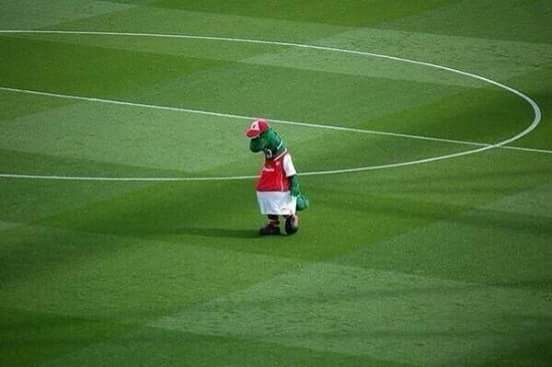 "Nil Poi"
Congratulations to Sutton United on winning promotion to the Football League. Local rivals yes, but in truth now light years ahead of us on the pitch but it's always worth remembering we were in the same Division just over a decade ago and therefore proving that you can build into bigger and better things. Really pleased for my mate @bornatotter who is well chuffed now. As some of you know he has suffered with ill heath after his penis enlargement surgery went so tragically wrong. He turned up for the Erith game and instead of bringing bad luck, doom, gloom and defeat on the pitch he saw us win at last. 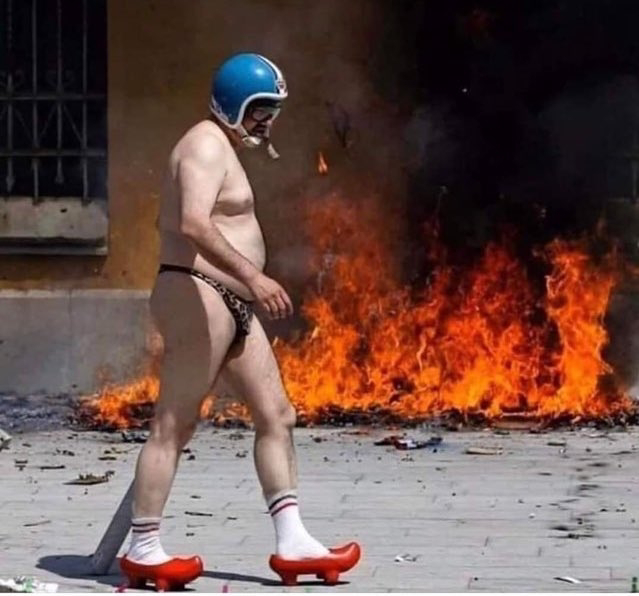 Locals  in Sutton celibrate their promotion to the football league
Talking about Sutton... SCR will be playing in the same league as us next year so a nearby local derby for us all. Like Tooting Bec are to us there are several people who happily go and watch both Sutton United and Sutton Common Rovers. They play their home games at Gangrene Lane although this may well change when Sutton must dig their 3G pitch up and go back to the real thing now they are in Division Two. So, despite rumours and speculation we will be still in the same division as before (South Central) after the reorganisation of the leagues. A few hoping to be moved into the Southern League and some interesting away trips and new grounds to visit. Personally, I think we have more chance of going up from this league into the premiership, so I'm not too upset. I'm certain that we would have made the play offs in both cancelled seasons if the plague had not put an end to things. As we know, all of our major rivals have leap frogged us. AFC Wimbledon about to move back into the Plough Lane area after all their successes since forming up years ago. Dulwich who again have jumped up the Leagues from us and now Sutton taking the big step forward. Proof if needed that we can get things right and can build on what we have at TMUFC. We needed to learn from both Sutton and Dulwich and the way they promoted themselves and how their crowds grew, and media profile improved. I think we have done that, but most importantly for me, keeping our own identity in the process. Keep up the good work everyone. I will personally give you all a big soppy kiss when all this Covid bollocks is over. So, at the time of writing these words of wisdom we have a Cup Semi Final to look forward to this Friday. Either out to the Wild West to Hanwell or up norf to Haringey, my old stomping ground when I lived in that bleak Northern Wasteland, full of steel factories, mines, flat caps and whippets. The M25 acting as a barrier between the bleak depressed Northerners and those White Walkers... The land of snow and ice.... Better known as Waltham Abbey.
Up The Terrors!!!!!!
Posted by Hackbridge Harry at 10:29 AM No comments: