Dear reader... All good things come to an end, the happiness and joy that have had me skipping around Mitcham with a smile as big as Beddington Park Sewage treatment works have been replaced by bitterness and hatred as the black clouds of doom and gloom spread to Hackbridge Towers and the surrounding areas. Missed the away day victory at Chalfont and ended up at Raynes Park Vale v Sutton Common Rovers which ended up with having four players sent off, ranting fans from both side who managed to make the terraces of TMUFC seem full of church goers and mutes. SCR won one nil by the way.... Don't let anyone say that Non League is boring. If you want to spend 90mins in the company of people loosing it big time visit your local Non League club and keep an eye on the stands and terraces. 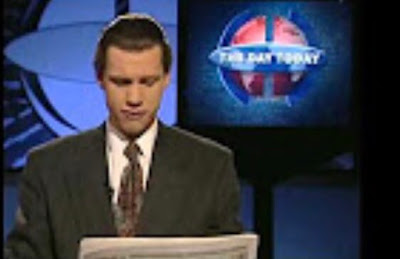 "Bitter hate filled old man in twisted football based rant"
Now it's very easy to blame match officials when you lose a match. It's very easy to look for excuses for your beloved team bad performances.... But..... It's true this time.
The ref for our game against top of the table Hayes and Yeading was truly fucking awful, turning the game into a little more than an ego trip for himself. Giving free kicks for the most minor of touches then completely missing blatant and sometimes violent infringements. H&Y first penalty looked harsh as in truth did our one.... The ref then somehow missed a nailed on free kick after a foul on Daryl Coleman and let H&Y play on a get their second goal  Can't comment on their second one which pretty much sowed the game up for the airport baggage molesters as I was getting something to eat thus saving myself the horror of watching their third goal. I've seen some pretty bad refs as I'm sure you have dear reader but this one would be in the top ten. Special mention must also go to the linesman who looked about  93 years old and who was also quite shite. People say you should respect your elders but it's fucking hard when they are that useless. He probably spent Saturday night drinking Horlicks wearing slippers and a dressing gown while the nursing home staff help change his nappy while listening to his anecdotes from his time fighting in the Boer War.
The team played well and should have come away with at least a point against a team who have knocked up some pretty impressive results this year. But as it was pointed out that if they have the same match officials it's no wonder they score so many goals. Hayes and Yeading have been one of the few good teams we've played this year and at least they brought along a decent amount of away supporters to Fortress Imperial. Must have made a nice change for many of them to head over to South London to get away from stealing suitcases or flying drones over Heathrow during their spare time.
It's looking like either them or Bracknell to win the title while the other clubs who make the play offs will have to contend with rules and spread sheet formulas which would test even someone like Carol Vorderman to work out. We are still in the mix for a play off place but don't ask me to explain how it will work this season if we do get there.
You'll be pleased to know that Bog End Ant has continued his fine work in spreading peace and love through out South London with his new Twitter account by getting blocked by the official Dulwich Hamlet twitter account for possibly upsetting a few with his review of their ground on google maps... And possibly most of his other posts on Twitter 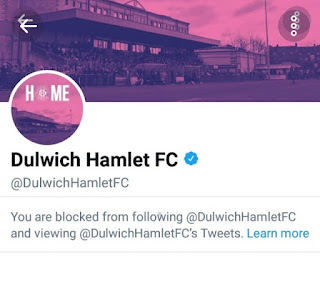 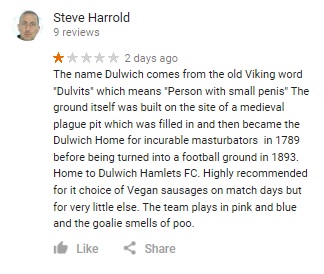 However, One Dulwich fan described the match day experience at TMUFC as  "Three dozen depressed old men and one potty-mouthed semi-feral child". Which in all honesty is pretty close to the truth. 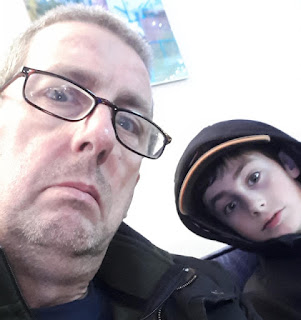 Right now here are King Timmys views on the Terrors away days over at Molesey and Chipstead:
MOLESEY MONSOON, BAMBI THE STOCKBROKER AND A CITIZEN’S ARREST

The Black and White Army returned to its travels about a month ago with a trip west to the Land of the Setting Sun, otherwise known as Molesey. In truth, the sun didn’t bother to turn up at all, let alone dip beneath the horizon in a flame drenched finale. It was pissing with rain more or less all day and there were already puddles on the pitch as the first of the travelling hordes arrived. Probably not our greatest turnout but we still had the majority of a threadbare crowd.
The ref saw fit to go ahead and who could blame him. Football in a swamp has always appealed to me – either playing or watching. You may not see too many free-flowing moves but it does lend a blood and guts feel to proceedings. As a deluded young fan, most of my finest hours were spent watching the Mighty Terrors sweep all before them in the shark infested waters of Sandy Lane.
Not surprisingly, it was the likes of centre half Antonio Simeone who prospered, winning everything in the air and dealing with all that came his way against a competitive Molesey outfit. Yet it was the plum clad Terrors that held the upper hand, the in-form Darryl Coleman firing home from a well worked corner routine. And so it stayed, but at the interval, trickery and treachery were afoot behind the changing room doors. The Molesey players’ incessant wining as they made their way towards the moist but firm penalty area, pointing at drops of water and pretending to shudder, was enough to persuade the ref to call it a day.
For anyone who doesn’t believe in conspiracies, how many Tooting matches in the last 40 years have been abandoned with us losing? The answer s a big fat round number and it’s less than one.
Never mind: an afternoon of rural pornography in Chipstead beckoned the following week. The Surrey village is the bastard offspring of the Farming/Stockbroker union: pavements do not exist in this peculiar part of the world where 75% of the local populace run around in Countryfile licensed tanks and mow down anything that moves. Best to leave the roads well alone. I did so and strolled through about four miles of woods and fields, dreams of John Craven stirring my loins as I predictably got lost amongst the grazing sheep. I also spotted a young deer, skipping happily through the trees at some pace, blissfully unaware of the fate that awaited at the hands of some bastard in an armoured car on the nearby road.
There was some football as well – and with the Bog End hordes more than trebling the average gate – festive fun for all the family. There was abit too much social intercourse amongst the black and white brigade with idle chatter about modern gramophone music and crop rotation diluting what should have been a rampant atmosphere, especially when Darryl Coleman hit the target once again, bending a sweetly struck free kick into the far corner. We remained impressive almost to the end with Isaiah Jones stealing in at the far post to sweep home his tenth of the season midway through the half. But a mild-mannered panic set in when the Stockbrokers capitalized on a ref’s cock up (failing to award us an obvious free kick at the other end) and supplied a decent finish to generate a few nerve mangling moments as the locals pressed for an equalizer. Then came the last gasp heroics: breaking out from a corner, Saidou (Citizen) Khan took the ball half the length of the pitch, outpacing the defence before taking it round the keeper and applying a magisterial finish: 3-1 to the Stripes.
We’re back there again in the Surrey Cup under the candles in a fortnight. Be sure to bring a searchlight and an anti-tank gun, and to wear a trifle in your hair.
Posted by Hackbridge Harry at 7:37 AM No comments: