The Joy of Six

The Joy of Six

So Dear Reader, we start this Bog End Type Blog Thingy with another home game, this time against FC Romania a club who had started a few years ago pretty much as a pub team. They have struggled this year which is a shame as they are a friendly mob but this is football and on the day the Mighty Tooty Wooty Boys were in no mood to be nice and of course with us playing FC Romania I get to mention The Cheeky Girls yet again and also get to mention those Hammer Horror Films from the 60,'s and 70's and my all time favorite actress Ingrid Pitt... Yes I know she was from Poland but this is my blog and I loved her. I met her once at a book signing in Central London, a boyhood dream came true. She was lovely and chatted to all of us there, who it must be said were all male between the ages of 35 to 60.
Back to football... The mountains and castles of Transylvania, I'm told does looks a lot like Cheshunt where FC Romania play their home games at the moment and they must have travelled "Down South" in a optimistic mood of a Vampiric bloodbath seeing as our home form had been rather pants recently. But six first half goals sent those Cheeky Boys back up Norf feeling well and truly spanked. Aparently scoring six goals in the first half is a new club record.... I also remember Chatham scoring five goals against us in 15 mins a few years ago and I wouldn't mind betting that was a club record as well, but I'm over that now and only think about that game two or three times a day. 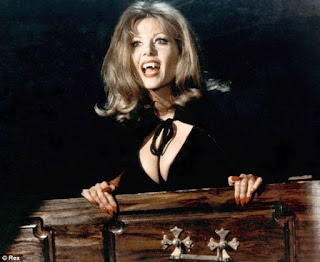 Two goals from Ahkeem Belford and further goals from Lawrence Nzuruba, Jamarie Brisset, Danny Bassett and Connor French meant we got the three points and help to improve our goal difference. Another good crowd of 275 watching a brilliant first 45 minutes and a rather flatter second half 45 minutes which was understandable seeing as the game was pretty much done and dusted by the time both team came out after half time.
I hope FC Romania get some results go there way as I have a bit of a soft spot for them and hope they stay up. So an Ingrid type sexy six goal wonder game which both Besty and Lee missed therefore proving they both may well be jinxes after all. 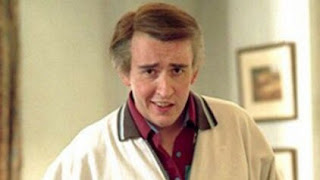 Spanktastic Result For The Tooty Terrors

Next up for the "Mighty Toots" was a trip to Erith for the QF of the London Senior Cup was to end in a 2-1 defeat, which is a shame. The chance to possibly play AFC Wombledon or Brentford away at Griifen Park ended in South East London after we went 1-0 up from a goal from DMG. I really enjoy The London Senior Cup but alas for this season it is not to be. It's often said we play in too many cup compititions during the season and there may be some truth in that but I'd like to think TMUFC will always take the LSC seriously
With the club still in a very good position of making the play offs or a chance of getting the outright promotion slot, the league must be the priority so maybe not having the distraction of any further cup games could be a blessing. Well I hope so anyway.
Next up for The Terrors is a trip to Staines... A team it could be said have bee a right pain over the last few seasons...
Shop (Table) news.... We are running low on stocks but will be getting a new design of scarf in soon and more beanie hats for those with cold heads. Hope to get them sooner rather than later and I've kept on at our supplier to pull his finger out..... ish

You'll all be pleased to know that my harmonica skills are improving although I've been getting negative feed back from Jackie who does the turnstiles at home games but I will carry on. I bet Nozart, Paul Lennon and John McCartney also had to put up with criticism, but like them I will not give in to Haters and Trolls. 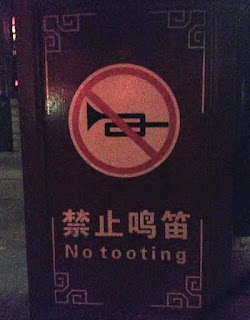 Posted by Hackbridge Harry at 12:41 AM