Well here we are Dear Reader, Hope you had a lovely break away from my tales of doom, gloom, happiness and joy. So it's the start of the new 2019 / 20 season and we get ready for the start of the Victor Meldrew South Central League.

We'd all been waiting a while for the return to Fortress Imperial and the start of the Pre Season friendlies and the team has looked really good in the first few games. Much as I love Mrs H and I'm sure she loves me, spending too much time in each others company while going around the Asda Beddington Lane on a Saturday has meant she has looked forward to the start of the season more than I have plus she gets to be free of Bog End Ant for a few hours. So it was to be a pretty busy Pre Season programme for me and Ant... 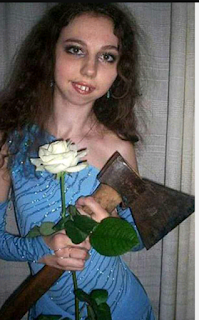 
A number of players from last seasons squad had left as Frank Wilson took the reins over at Mertsham and took a number of our players with him after Hayden Bird had joined Kingstonian . I wish him and the departing players all the best over there. I hope the footballing Gods treat him better than they did in his last year at Toots. In truth losing a number of senior players caused a lot of worry on the various social media sites but the club have brought in some new faces and a returning hero Dean Hamlin to bolster the ranks. A number of youth players from last seasons Under 23 Champions have also been brought into the first team squad. Things are looking good and there was a full programme of pre season fixtures booked to help get the Terrors up and running for the new season.

To start with a two nil victory over Moist Molesley and then another two nil win over our next door neighbours Tooting Bec set things off nicely for our short trip over to Carshalton on July 13th, Toots turning out an impressive three nil win against the Robins who had a fantastic last season and have start pulling in some impressive crowds. They played a mixture from their squad which I'm told contained only a few first team players but even so the second half was great to watch from a Terrors or Neutral perspective. Goals from Filipe, Hibbert and Danny Bassett who may or may not have swapped the delights of playing in Canvey Island and returned to up market Mitcham to play his football. Next up a home game on the fantastic looking home pitch against Reading who played a mixture of youth team players and trialists. Toots winning the game 3-2 with another excellent performance against the Championship Club. The Terrors switched of a bit at the end allowing the visitors to score two late goals.

Saturday 20th July we had a visit from our old friends from down the A3, Corinthian Casuals, a friendly club that prove that not all teams that play in pink are bastards. An 12:30 kick off was a shame as the Casuals would probably brought a larger away following to the game. A hard fought game which seemed to be heading to be a 0-0 draw until two late goals for The Terrors gave us victory. Tooting Bec also played Sheerwater on the day allowing me and Bog End Ant to fit in two games in a day. Also on the same day Dulwich Hamlet played Tottenham over in the Sainsburys Car Park. People call Football the "Beautiful Game" but every now and again footballs ugly side shows it's face... And it doesn't get much uglier than that. Next to visit us and play up the rear pitches were Greenwich who gave us a good work out and we got a 2-1 victory. They seem to be having a bad time off the pitch since the last time we played each other during our Championship season which is a shame. Which as anyone can tell you with Football is that is doesn't take much for things to go tits up.
Hastings then arrived at Fortress Imperial for another PSF. I'm told they expected the game to be played on the main pitch and weren't to happy about being taken up the rear to play on the 3G pitch.
I missed most of the game due to trying my hardest to sort out the millions of programmes we are going to be selling from the new super doper club shop on match days during the forthcoming season.
Hastings well beaten 3-1 I'm told by Bogend Ant who shows not in the slightest bit of bias when discussing Terrors games.

Next up was a trip over to Gander Green Lane to see Sutton v Barnet play out a 1-1 draw. I used to go and watch Barnet when living "Up Norf" so have a bit of a soft spot for those Bee types. Also allowed me to spend some quality time with "Dirty Barry" and Sutton guitar hero @bornatotter for a night of serious debate. Next game for myself and Ant was the friendly against a strong Charlton Athletic under 23 team who were to beat us 2-0 it what was to be an entertaining close game which despite the result still gives us Terrors a lot to look forward to. Point of interest was that Ex Terror Abraham Odoh scored the Robins second goal from the penalty spot.  Last two games involved another trip to GGL this time to watch Sutton Common Rovers play Moist Molesley in the early stages of this seasons FA Cup. An interesting 1-1 draw made for a good Friday night entertainment. I do enjoy Friday night games and wish that Toots got the chance to play a few. Last up on my Pre Season was Ramsgate at Fortress Imperial for a pretty ordinary 1-1 draw with out visitors from Kent going 1-0 up before a last equaliser from Shamal Edwards.

Really looking forward now to the start of the season and to see how we have improved from last year. We were pretty much undone by the bad start which cost us any chance of making the play offs. I still maintain that we were our own worst enemies last season and that a good number of dropped points were due to our own mistakes rather than the opposition teams good play. We've lost a number of the squad from last season but with four of them joining League teams it proves that the plan the club has got going at Tooting and Mitcham is paying dividends. Lexus Beedon finally joining Reading and Saidou Khan joining Maidstone. The club is getting an excellent reputation for it's youth set up. This of course could be a double edged sword which means any good players will move on but it also gets the club known for having good players which will hopefully help put bums on seats. 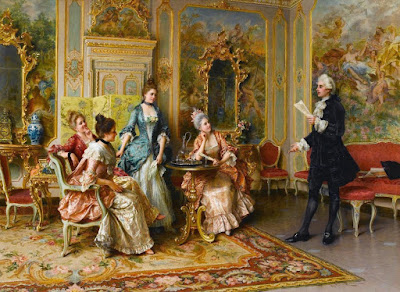 "They play in Pink and Blue, Their goalie smells of Poo"

Off the pitch we have lost long time supporters with Dave McCann and Martin Harvey and our deepest sympathies go out to their families. Very Sad.
In other news former Surrey FA boss Caroline McRoyall has joined TMUFC as the Clubs Chairperson and we all wish her the best of luck in her new position.
There are a lot of changes going on at Tooting and Mitcham and the clubs has changed for the better, more people helping out and getting involved behind the scenes and there is a really good vibe about the place now.


Fingers crossed Dear Reader....
Up The Stripes !!!!
Posted by Hackbridge Harry at 2:10 PM